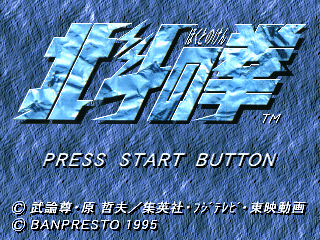 A graphic adventure game released by Banpresto for the Saturn. Set years after the ending of the original manga, the story centers around Kenshiro's quest to rescue Lin and Lui from the masters of Hokuto Mumyōken, a style which branched off from Hokuto Shinken.