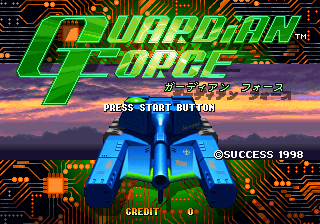 Guardian Force for Saturn was released on August 6, 1998. 5 Months after the original arcade release.

In this home version of the game, when you start to play, you have the equivalent of 10 Credits in the machine.