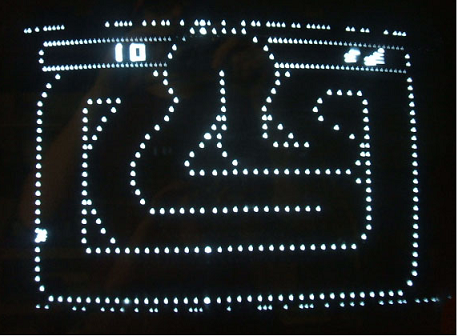 Player drops in his quarter, hits the starter, grabs the wheel and-he's off! Four-speed gear shift (1, 2, 3, R) changes speed of the car on the screen and the sound of the engine. Foot pedals for gas and brake demand quick reactions around the road-race curves. Watch out for the oil slick! Your brakes lock momentarily and you skid. It takes lots and lots of pratice runs. At two bits a run.