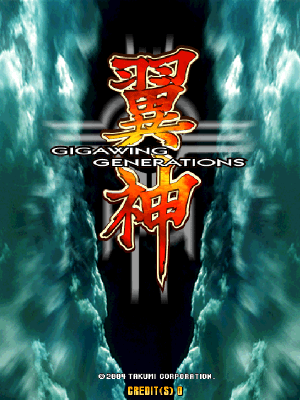 Giga Wing Generations is the 3rd installment of the Giga Wing series. The players control one of four futuristic aircraft to choose and each aircraft varies in ability more drastically than they do in previous games, including flight speed and shot type. The players has now the option of selects which stage (out of two) to tackle first. It's also the first game in the series that use a vertically aligned monitor unlike the earlier titles and featuring a enhanced 3d graphics and great effects and sounds.

There is a considerable step up in enemy bullet counts and speed. Shooting enemies now causes "shot medals" to flake off of them. These don't raise the hidden counter like reflect medals or kill medals, but they still add to your multiplier. Now reflecting bullets and grabbing medals also give you points. Reflect force ends with a "flash-out" which can kick back a few more bullets. Certain large enemies will have their bullets turned into shot medals when you kill them.