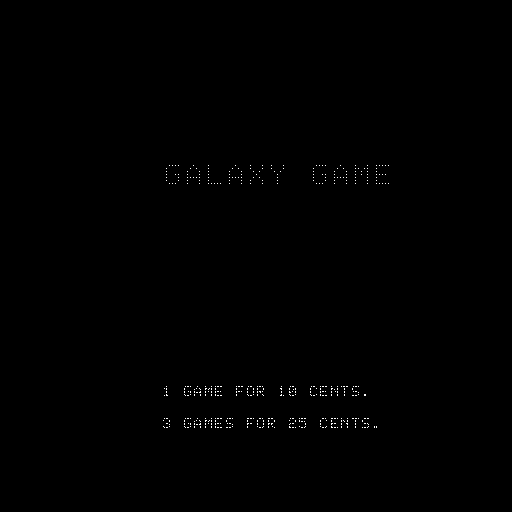 Galaxy Game is one of the earliest known coin-operated computer/video games. It was installed at the Tresidder Union at Stanford University in September, 1971, two months before the official release of Computer Space, the first mass-produced video game. Only one unit was built initially; beginning in 1972 there was "Galaxy-Game [Second Version]" that could include up to 4 displays.

The original version used 4 keyboard keys to control each of the two spaceships: spin one way, spin the other, thrust and fire. Solar gravity will cause the ships to destruct if no action is taken. The Stanford University version added three types of space: no gravity, anti-gravity, and uncharted space.