Flashback - The Quest for Identity

Atari Jaguar cart. published 26 years ago by US Gold 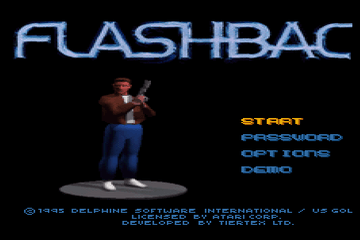 You play the part of Conrad Hart, controlling his every move through 7 levels. During your quest, you will come across friends and foes who you wish to help or vanquish using your gun. You must complete many challenges in order to restore your lost memory. Each level features its own unique graphics and hazards, linked by cinematic animation sequences.