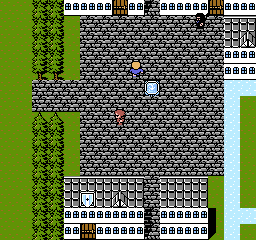 Fantasy role-playing video game. Second installment of the Final Fantasy series. The game's story centers on four youths whose parents were killed during an army invasion by the empire of Palamecia, who are using hellspawn to conquer the world. Three of the four main characters join a rebellion against the empire, embarking on missions to gain new magic and weapons, destroy enemy superweapons, and rescue leading members of the resistance.