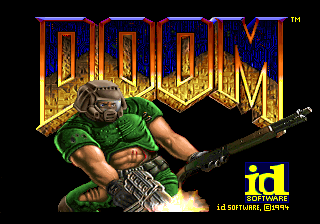 32X port of DOOM. This version contains only seventeen maps, taken from the Knee Deep in the Dead and The Shores of Hell episodes. No maps from the third episode, Inferno, have been included. Maps present: E1M1-E1M8 and E2M1-E2M7, as well as the two secret levels E1M9 and E2M9. 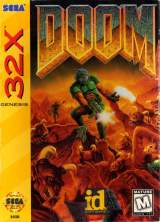