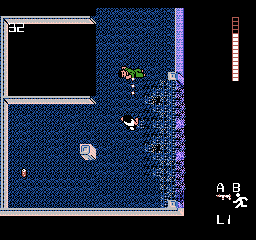 Dozens of terrorists. A handful of hostages. World class weapons. And a barefoot cop with very little time.

You're John McClane, a tough New York cop, alone, tired and barefoot. Terrorists have taken over the building, they've got hostages, including your wife, and the L.A. cops don't know about you or the terrorists... YET.

* Intelligent enemies: The terrorists don't stay in one place and they track you from level to level.
* Exclusive "RealVision" feature: See only what your character can see.
* Use stairs, elevators and air vents to go from floor to floor, evade enemy fire, or launch surprise attacks.
* Explosive weapons include Uzis, flash bombs, C4 explosives, a rocket launcher and more.
* Multiple endings for unpredictable excitement and replayability!