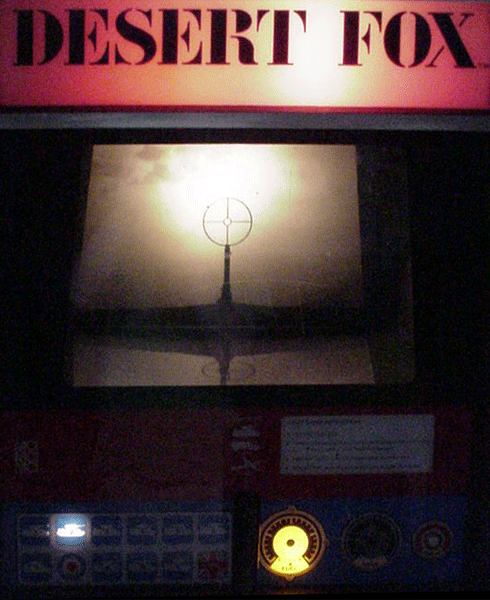 Control an airplane flying over the desert and shoot the enemy bases, tanks, trucks, etc...