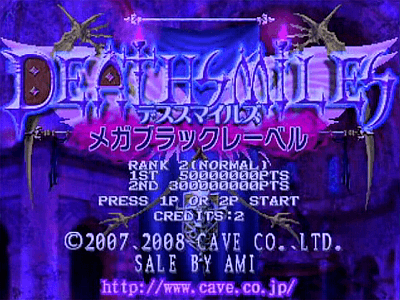 Deathsmiles Mega Black label was released on October 10, 2008 in Japan only. It is a limited (150 copies total) edition of the game. It added Sakura as playable character, as well as the Crystal Shrine stage, and Level 999 difficulty level.