Dead or Alive [Model 2A] 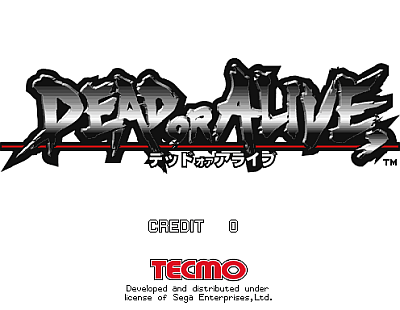 Arguably one of the best fighting games on the Sega Model 2 hardware, Dead or Alive features a solid 3-D fighting engine with smooth character models and impressive character physics (not to mention the attention to detail given to the female characters).

Runs on the Sega "Model 2A" hardware.

* Replay Rewind : Pressing Hold+Kick during the KO sequence will allow you to rewind the replay sequence with the Punch button.This may only be done once per game.