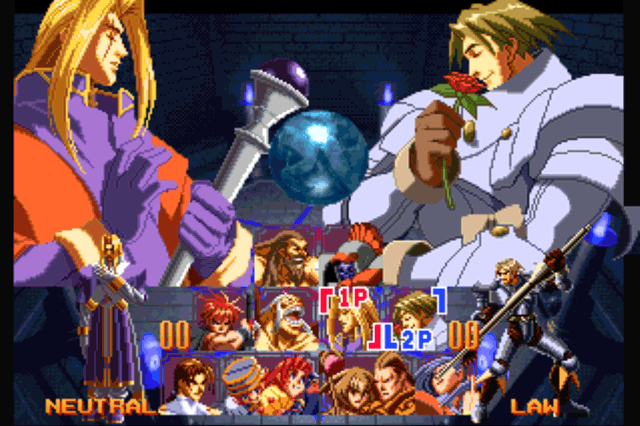 The game was supposed to feature a unique system called the 'alignment system' (Lawful, Neutral, and Chaotic) in which the character's property would change depending on the path that the player would pick after the end of each battle.

The game was supposed to change time on each round (morning, noon, evening, night). Lawful would get stronger during the noon and be able to use additional moves, while on the other hand get weaker during the night. Chaotic is just the opposite and get strong during the night and weak during noon. Neutral stays the same at all times.

The game was supposed to features two characters per team as a way to expand on the game's system of effecting gameplay depending on time of day.

Somewhere early 1996, game's development was outsourced to a company called Toy Pops which closed its doors 3 months after the beginning of this project. A prototype version, at an alpha stage of production, surfaced in 2016 on the internet.

During development, the game was titled 'DarkSeed'. Another name, Dragon's Heaven, was given to the game tentatively since it was difficult to get the trademark for DarkSeed.

The game code has some similarities with the "Choujin Gakuen Gowcaizer [Model NGM-094]" one. The game init code routines are identical.