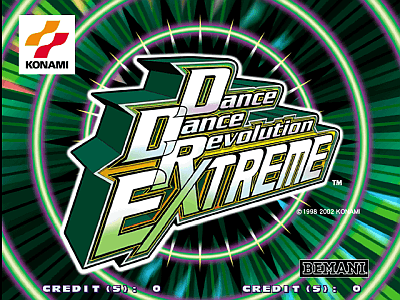 This game was originally intended to be the last of the DDR franchise. The song 'MAX. (period)' reflects this, as the video is a tribute to the first boss song 'Paranoia', and the final lyrics are 'Thank you for playing.'

Several bootleg versions of DDR Extreme were produced, most of which had only cosmetic changes from the original game, but retained the original songlist. These bootlegs include "Dance Dance Revolution MegaMix", which has some minor graphics changes, and "Dance Dance Revolution EXTREME Plus!", which has a poorly implemented speed hack available, allowing players to optionally speed up the songs by 10% or 20%. Some enterprising players have also modified the normal DDR Extreme to add several disabled modifiers to the game, including Brake and Wave.