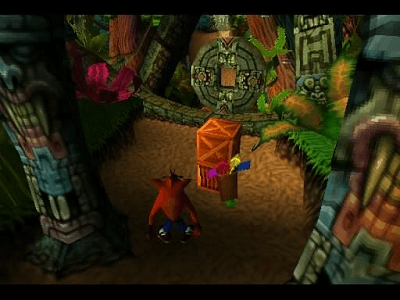 Now established as a firm favourite, and one of PlayStation's first star characters Crash Bandicoot exploded onto the screens in this revolutionary multi-perspective 3D action-arcade platform game. Set across an island chain off the South East coast of Australia, the game takes the form of an odyssey as our eponymous hero searches for his kidnapped girlfriend. The atmospheric settings and characters draw on antipodean conditions and wildlife to bring the game to life. With matchless graphics and sound, and some superbly crafted gameplay, this game turned Crash Bandicoot into a massive super-star.

The 3 beautifully rendered 3-D environments give you total freedom of movement and allow you to interact with some hilarious cartoon characters complete with real personalities and digitised speech. The puzzles are fiendish, the nasties thoroughly nasty and the gameplay as addictive as heck. Avoid yawning chasms and dropping bridges with conveyor belts and trampolines. Wipe out enemies with a frenetic spin attack or a jump on the head. Crash literally brings a new dimension to platform gaming and sets new standards with matchless sound, graphics and gameplay. 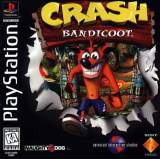