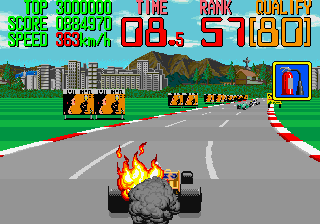 Continental Circus is a Formula One racing game in which the player races over a number of International Grand Prix circuits, trying to complete each lap before the time limit expires. The game features Pit-stops and dynamic weather; the latter in the form of rain.

If the player's car is hit by either a rival car or strikes a trackside barrier, the car will be damaged and begin to smoke. The player must 'pit' at the earliest opportunity to get the car repaired, otherwise the fire will spread and the car will eventually explode. Should the player's car have a second collision before the Pit-stop is reached, the car will explode, wasting precious time before a replacement car appears. 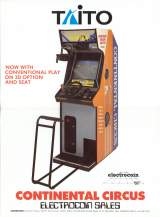