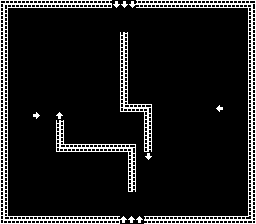 This game was for two or four players only, you must have a live human opponent to play against, or else the other players character will go straight into a wall, making for a very quick and boring game. Each player moves their character around leaving a solid line behind them. All moves are made on an invisible grid, so you can only turn at 90 degree angles. To win you must last longer than your opponents before hitting something. Each player is eliminated when they crash, taking their lines with them. One good strategy is to turn around and head for the outer area of the screen (in four player mode), because everyone starts out headed for the center. Skirt around the edges until you only have one opponent left, then box them in. Pushing backwards on the stick will cause you to crash into your own line, so avoid that at all cost. 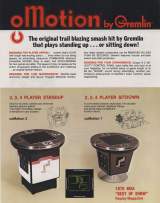