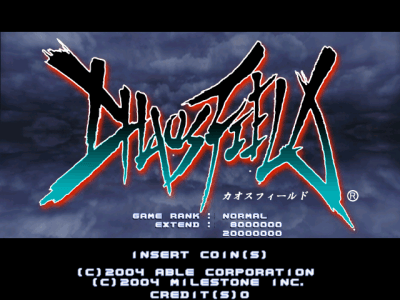 Do you love battling the boss ships that appear at the end of each level of your favorite shmup? How about a game where you battle nothing BUT bosses? Your wish is granted with Chaos Field!!

The game draws on elements from other shooters to create its own unique hybrid style of play. You'll have a lock-on feature to take enemies and certain bullets out, as well as a "Radiant Silvergun"-style short-range energy field that will absorb certain bullets.

The action plays out in top-down fashion in the time-honored traditions of the shooting genre. Enemies and bullets will swarm like bees to honey, and it will be up to you to destroy everything, while avoiding getting blown up.