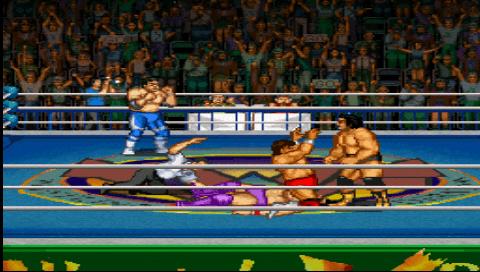 The popular Champion Wrestler arcade game is reborn with immersive live commentary by Shigeru Kajihara! Up to four players can play simultaneously as well in tag team and battle royal matches. In order to take the Taito Wrestling Federation championship belt, the game will challenge our skills with 40 formidable enemies or 20 tag teams.