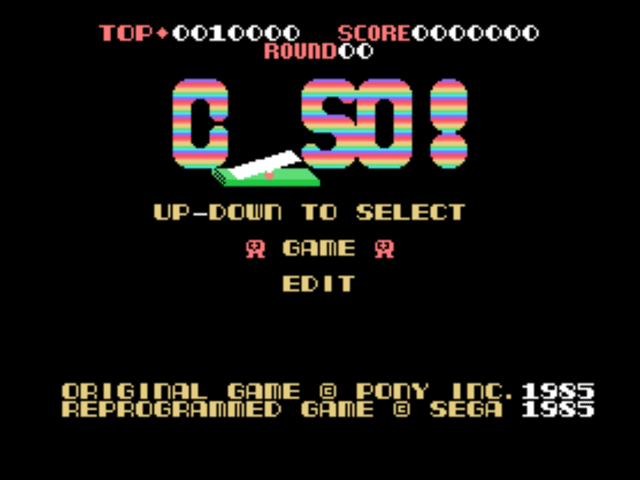 C_So! is a port of an MSX game from the same year, which was published by Pony Canyon.

Officially, this game was released only in Japan. But a South Korean company called Joy Soft produced their own unlicensed port of the MSX version.