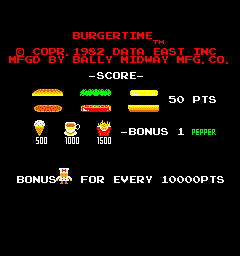 Stand-alone version by Bally/Midway for the USA. Game originally developed by Data East for the DECO Cassette System and known as "Hamburger [Model DT-126]" in Japan. For more information about the game itself, please see the original Japanese version entry. 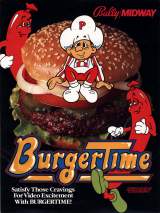