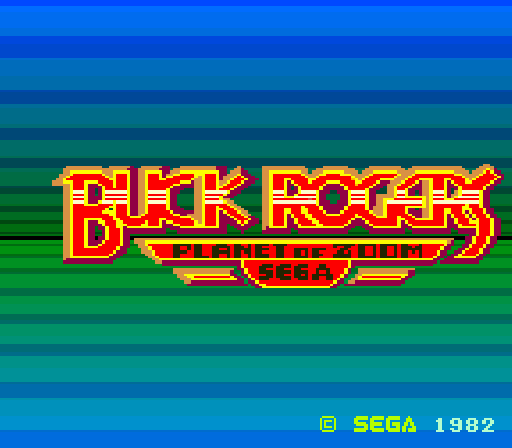 Buck Rogers: Planet of Zoom is a forward-scrolling rail shooter where the user controls a spaceship in a behind-the-back third-person perspective that must destroy enemy ships and avoid obstacles. The game was notable for its fast pseudo 3-D scaling and detailed sprites. The game would later go on to influence the 1985 Sega hit Space Harrier. Buck is never seen in the game, except presumably in the illustration on the side of the arcade cabinet, and its only real connections to Buck Rogers are the use of the name and the outer space setting. In Japan, the game was known as Zoom 909.