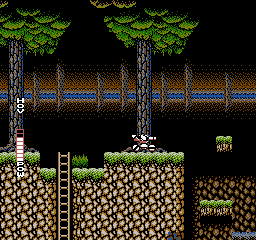 Mega Graphics! Mega Action!
The New York sewers were never like this! You've fallen down a hideen manhole into a world of creatures so terrifying they'd scare the rats away. You can panic and perish, or blast your way through an endless maze of tunnels, searching for the secret passages to your escape. And that's the easy part. Because the Masters of the Cavers lay waiting - prehistoric creatures so powerful, so gigantic, they literally fill your screen! So load your arsenal and get ready for Blaster Master.