You play a character named Bega. You must face the alien Varga who is trying to take over the earth. You must defeat Varga to save the earth from destruction. Other goals are to rescue your friends Luna, Jobe, and Sony. Once rescued, Luna gave you extra firepower, Jobe gave you the shield, and Sony gave you teleportation ability. 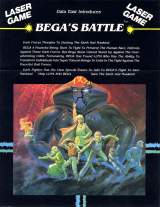