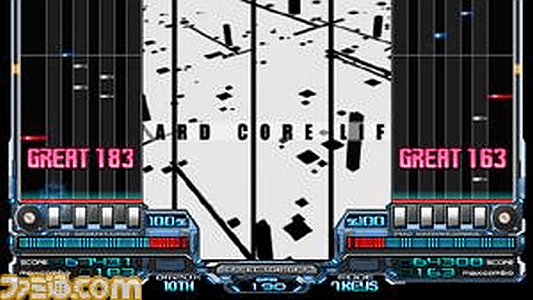 DJ simulation same from Konami's BEMANI series of games. Beatmania IIDX tasks the player with performing songs through a controller consisting of seven key buttons and a scratchable turntable. Hitting the notes with strong timing increases the score and groove gauge bar, allowing the player to finish the stage. Failing to do so depletes the gauge until it is empty, abruptly ending the song.

The core gameplay remains the same in 10th Style. The previous flashing 7 difficulty level was replaced by a difficulty level of 8. In addition, an animated particle effect now occurs if a full combo is scored on a song. Also, now two players can set different modifiers.

e-Amusement support was extended in 10th Style, now being able to sort songs in folders based on whether they have been cleared in various ways. These include Failed, Cleared, Easy Clear (for songs played with the Easy modifier), and Full Combo.