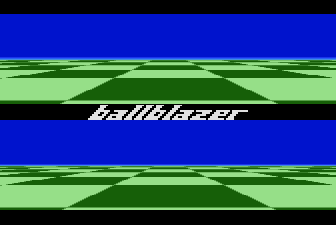 Ballblazer: the simplest, fastest and most competitive sport in the known universe. It grew from dark roots in ancient space war to become king of all games among every lifeform within range of Interstellar ethercasting, In exactly three minutes, Ballblazer can make you a hero--or destroy a lifetime of dreams.

The year is 3097, and the place is a null-gravity nexus mid-space in the binary star system Kalaxon and Kalamar. Moments from now, on the face of an artificial asteroid, the final round of the Interstellar Ballblazer Championship--the greatest tournament of all time and space--will begin, and history will be made. For the first time, a creature from the planet Earth has battled through countless qualifying rounds and eleminations, enduring and then triumphing, across vast parsecs, to win the right to compete for the honor of his planet, and the ultimate title any being can posess: Masterblazer 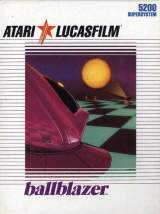