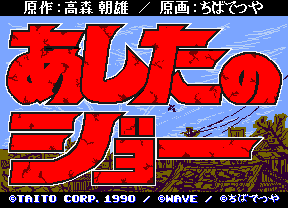 When one of Joe's old rivals, Rikishi, died in the ring in 1970, Kodansha publishing actually held a funeral service for him. Over 700 people attended from all over Japan. An actual Buddhist priest presided over the funeral, held in a full-sized boxing ring.

Known outside Japan as "Success Joe".