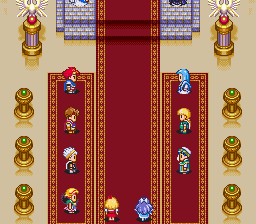 Angelique Voice Fantasy included a special Audio CD and an add-on called Voice-Kun, which allowed for the addition of voice acting. The game contents are otherwise identical to the original release.