Alien vs. Predator [Green Board] 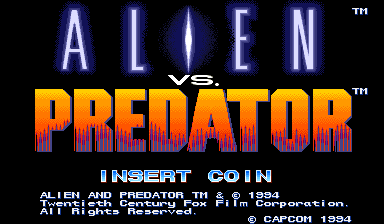 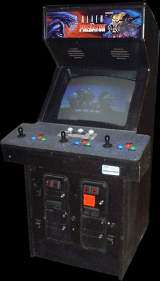 Click to enlarge
(members only)
Runs on the "CP System II" hardware.
Green Board [Japan]

This game is based on the Dark Horse comics: Aliens vs. Predator (1989-1990) (5 comics). Also, it combines enemies from the two Twentieth Century Fox films entitled Alien and Predator. This is the first title to ever combine elements from two separate, non-related films into a single game.

Lieutenant Linn Kurosawa made a cameo appearance in the background of Ken's stage in "Street Fighter Alpha 2".

Chad Johnson holds the record for this game with 3074408 points.