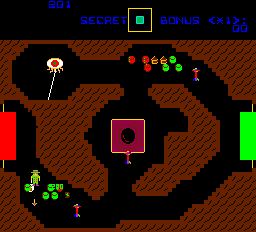 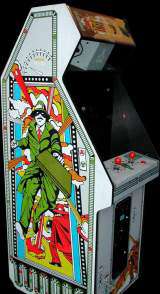 This game is a prototype of "Cloak & Dagger". When the game was about 70% completed and the movie was about 40% done, the movie producers and editors came to Atari to see if Atari had a game they could film as backdrop to the movie scenes which needed a 'Cloak & Dagger like spy game'. Atari agreed to change the name of its game to "Cloak & Dagger" and they put a couple of tid-bits into their script which referred to 'Agent X' (Dabny Colman's character). The game actually arrived on the scene about 2 months before the movie was released. It was tested under the name 'Agent X' in it's initial field test (about 5 months before the movie was released), but was never produced as anything but "Cloak & Dagger". There were about 5000 games produced which made it into the market place.