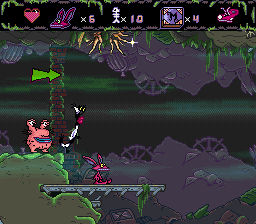 Ickis, Krumm, and Oblina will have to prove themselves on the Monster midterm exams if they want to call themselves real monsters! They must work together as a team to receive a single gruesome grade on their frightful performance. So...go out and petrify someone!!