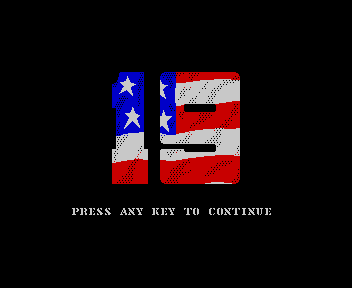 In 1965, Vietnam seemed like just another foreign war, but it wasn't. It was different in many ways and so were those who did the fighting. In World War II the average age of the combat soldier was 26, in Vietnam he was...

Inspired by the Paul Hardcastle song '19', the player takes control of a young recruit drafted into the military to train for the Vietnam war, taking on four different exercises - assault course, shooting range, jeep training and unarmed combat.