007 - Everything or Nothing [Model AGB-BJBE-USA] 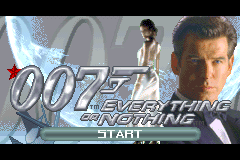 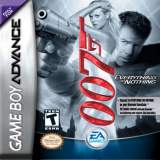