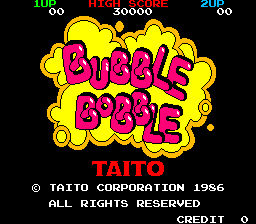 Bubbles containing letters also appear. The aim is to collect the letters needed to spell the word E.X.T.E.N.D. which earns players an extra life.